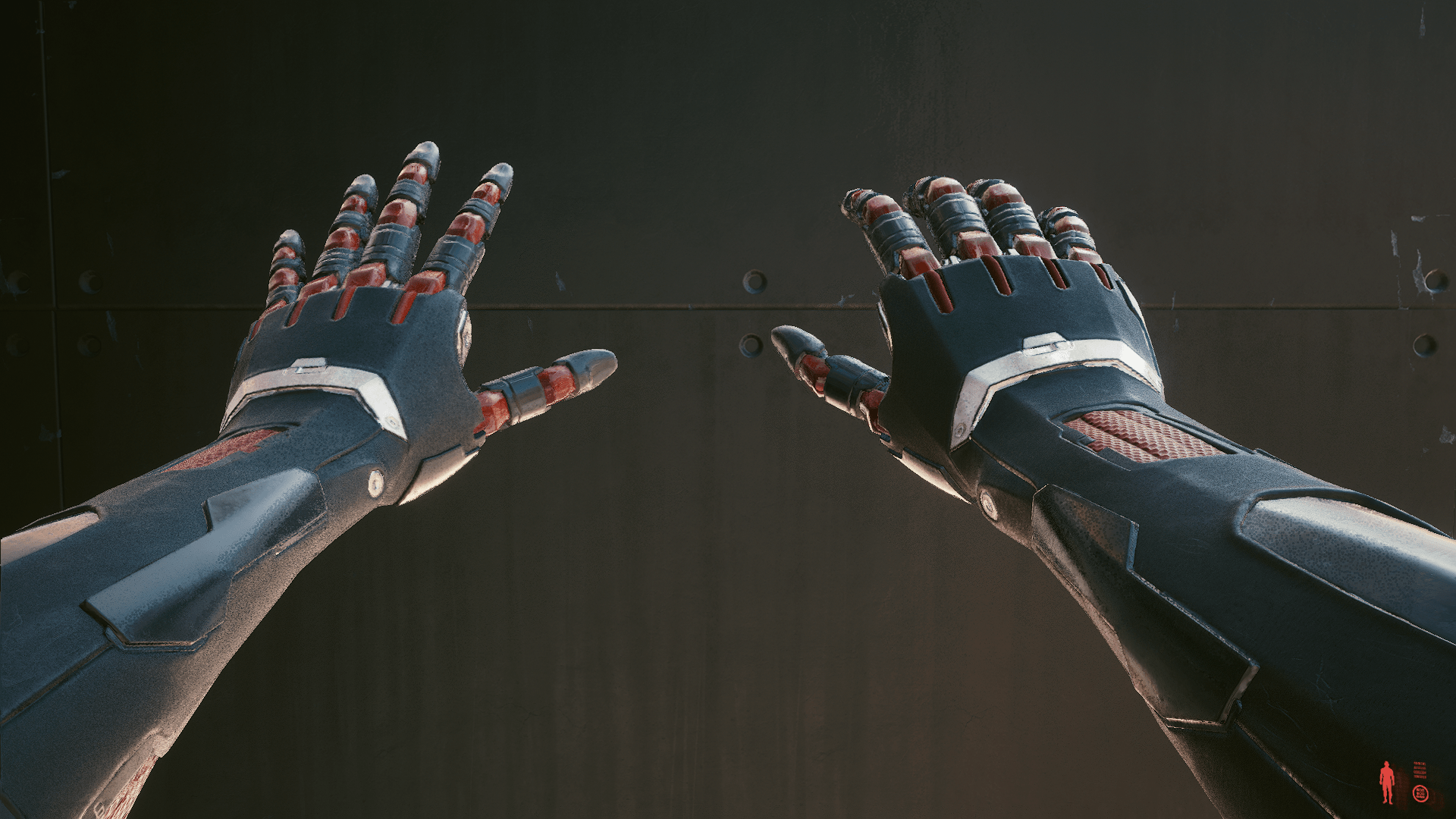 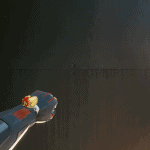 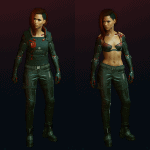 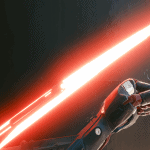 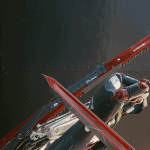 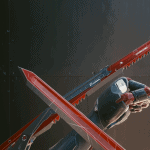 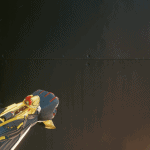 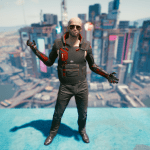 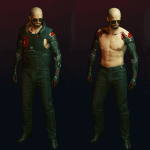 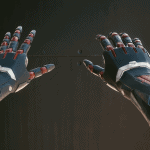 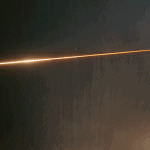 These are replacement arms for male characters, looking like Arasaka cyberarms. There are files for default arm replacement and for all cyberware arms.

Content and issues:
You can replace default male player arms, which will make your character wear them straight from the start of the game, without any cyberware installed. It’s not required for the other cyberwear arms to function. If you replace the default arms but don’t use the Launcher replacement, it will make the Launcher have a normal left arm clipping through the Arasaka arm.

Gorilla arms – Comes with a Fix file that will remove the knuckles on female Gorilla arms, but is needed to remove knuckles on male characters when the fists are active. These are the same arms that I shared with Padhiver’s Cyberarms Library, and if you have those you don’t need to replace them with these.

Monowire arms – Will remove nails from male player characters. Otherwise the Arasaka arms would have nails.

Mantis Blade arms – Also removes nails from male player characters. They have an optional file that will remove the extended mechanisms, leaving just the blades floating above the arm.

Oda Blade arms – Mantis blade replacement that use the glowing Oda blades. Alters the female Mantis blades as the male version use some female files. Also, no nails for male player characters. Choose only one Mantis replacement, as these will conflict with the normal ones.

Launcher arms – Will remove nails too. They have an optional file to remove the open arm mechanisms, leaving just the small launcher head near the hand.

Remove Weapon Grip – This is an optional file that will hide the hand cyberware that Victor installs at the beginning of the game. If you already have a mod that does this, you don’t need this one.

There is also an optional file to put the arms on female characters. They replace the Gorilla arms. This is the male model, there is no female version. It will give females bulky arms, and they will not be attached to the body properly. But for those that really want them, for photo ops or something, they work ok in certain angles. They will of course clip with most clothes covering the arms.

The bit of skin around the shoulder will have the most pale skin tone, and it’s not something that can be changed yet. Won’t be noticeable if your character has that skin tone.

Any tattoos on the arms will still show on the cyberarms.

At the moment there is no way to make a separate left or right arm. Both arms are located in the same model file and they can’t be edited yet.

All files should be compatible with eachother, if nothing else is mentioned in the file descriptions.

If I figure out how to add the other arms sharing this model, like the green camo Border Patrol arms, I will upload them here too.

Better looking solutions for some of these arms will come when we can edit models.

Installation:
Drop the content of the zip file into your Cyberpunk 2077 install directory.

To uninstall, go to Cyberpunk 2077\archive\pc\patch and remove files starting with “basegame_aa_Arasaka”.

Looking for opportunities to update the Cyberpunk 2077? Then you are on the right place! We offer a wide range of various mods for even very specific requirements. Cyberpunk 2077 Arasaka Cyberarms Mod help to improve a game and make it more interesting. Why not to take an offer, especially when it’s free of charge. Take a look at the descriptions and think of the ways the Arasaka Cyberarms mod can help you solving the issue or becoming more efficient. Then simply click on Cyberpunk 2077 Arasaka Cyberarms Mod download and follow the installation steps. If you change your mind and mods don’t appear to be as useful as expected, feel free to try other ones because there are no download limits. This few simple steps will lift your game to the upper level – what can be better that upgrading your game personally? Break all boundaries and develop your game easily. Take the best that you can and don’t look back – you must be orientated to the future and new experiences. That’s the only way to stay ahead of everything. If you see it as your goals, it’s definitely now or never!