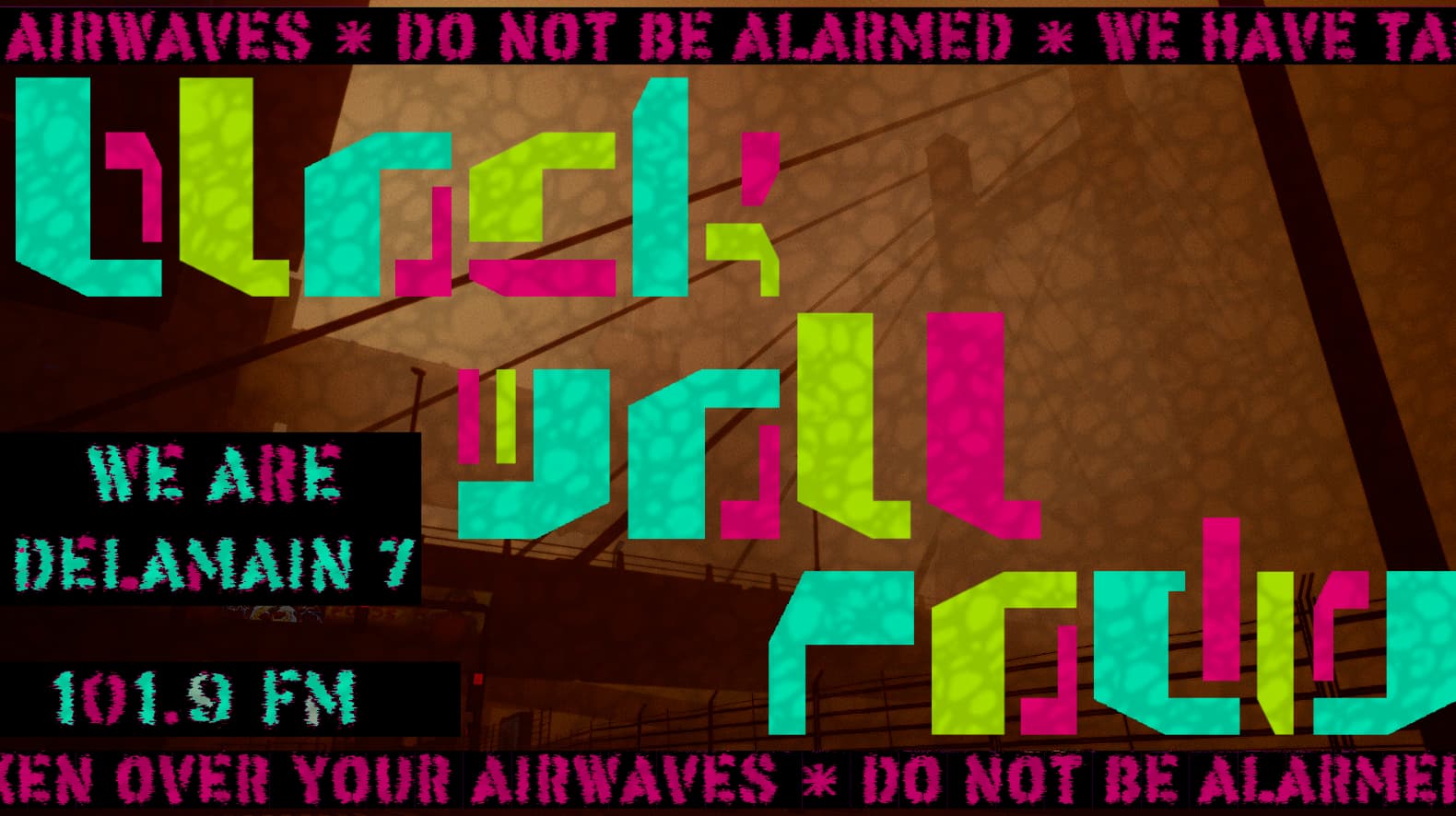 Remastered Version of my original Black Wall Radio mod. All songs rebuilt from ground up to sound like AI creations instead of just distorted so they sound like actual songs now and not a collection of overly distorted garbage. songs used with permission.

Based off my original BLACK WALL RADIO since I liked the theme but not the end result. I spent a long time reworking every song from the ground up to make them actually decent sounding and melodic but still as if they were made by a group of insane AI cab drivers. I also changed some of the songs for new ones so they fit better. It’s being released as a separate mod and not an update because they sound very different from each other. The original was purposefully bad and distorted to be just shitty music by “AI terrorists”. This one has been made to have them sound like professional musicians that have a few albums out and enjoy making music that people enjoy. The members have “found their places” which means the vocals for every song have been isolated, duplicated, and pitched in opposite levels to make it seem like both Badlands delamain(the Worf sounding one) and Pacifica delamain(the Insane killer green one) are now dual lead singers with a couple songs featuring the Suicidal delamain, which takes the atmosphere to a much creepier robotic level that im sure many will appreciate more than my original version. the music is only slightly distorted instead of entirely distorted, and the “wahwahs” are mostly gone, apart from tempo changes and possible downtunes(like Drop D tuning for example but in this case, Drop C) to match the vocals, the instruments sound mostly the same as the originals, just a lil more digital. the songs sound darker than the original versions because of this, some sound slower, some faster, they still sound “creepy” but they arent garbage this time around. I would not call them “covers” because they are not covers, but that would be the closest to explaining how they sound compared to my original mod which was just distortion on a surface level. It’s currently taking me a few hours just to upload a single youtube video so there may not be any samples when this goes up, so if there are none currently, wait a few days and ill have a couple uploaded.

Looking for opportunities to update the Cyberpunk 2077? Then you are on the right place! We offer a wide range of various mods for even very specific requirements. Cyberpunk 2077 Black Wall Radio Remastered Mod help to improve a game and make it more interesting. Why not to take an offer, especially when it’s free of charge. Take a look at the descriptions and think of the ways the Black Wall Radio Remastered mod can help you solving the issue or becoming more efficient. Then simply click on Cyberpunk 2077 Black Wall Radio Remastered Mod download and follow the installation steps. If you change your mind and mods don’t appear to be as useful as expected, feel free to try other ones because there are no download limits. This few simple steps will lift your game to the upper level – what can be better that upgrading your game personally? Break all boundaries and develop your game easily. Take the best that you can and don’t look back – you must be orientated to the future and new experiences. That’s the only way to stay ahead of everything. If you see it as your goals, it’s definitely now or never!