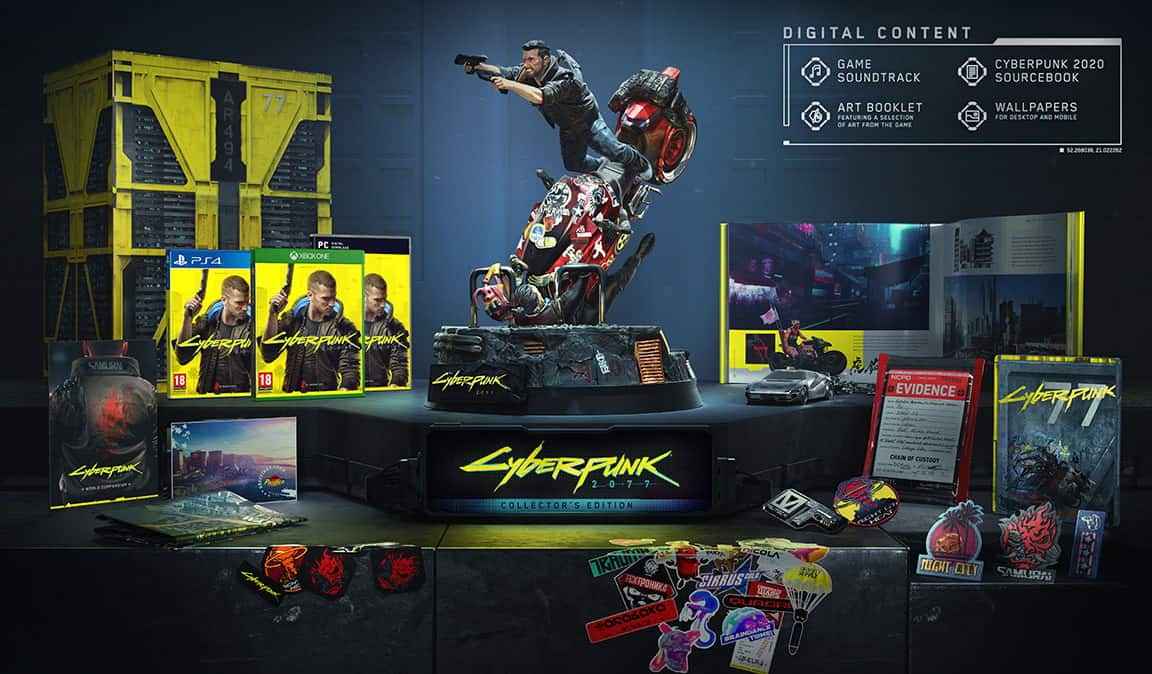 CD Projekt Red undoubtedly has a huge hit on its hands in the name of Cyberpunk 2077. The role-playing video game is all set to become playable on multiple platforms (PS4, Stadia, Xbox One, Microsoft Windows) on 16 April 2020.

It’s quite interesting to note the Edition in question didn’t even take 2 minutes to completely sell out, thus making many people think that it never went on sale.

Whether you are among the lucky ones who managed to order the Cyberpunk 2077 Collector’s Edition or not, you should know what physical and digital items would be featured in the said Edition.

Firstly let’s talk about the physical products in the Collector’s Edition. For starters, a Collector’s Edition Box is there along with a case containing the game discs for Xbox and PS4. A sticker bomb set, map of the Night City, a reversible cover, collectible steelbook and many other exciting items will also be included.

The Collector’s Edition will also feature digital items such as the game’s soundtrack, wallpapers for desktop and phones, Cyberpunk 2020 sourcebook and an art booklet containing special artworks from the game.

From the looks of it, the Collector’s Edition is a must-have and will undoubtedly enhance the gaming experience of those who bought one before it went out of stock.