Cyberpunk 2077 Will Have Adjustable Subtitles 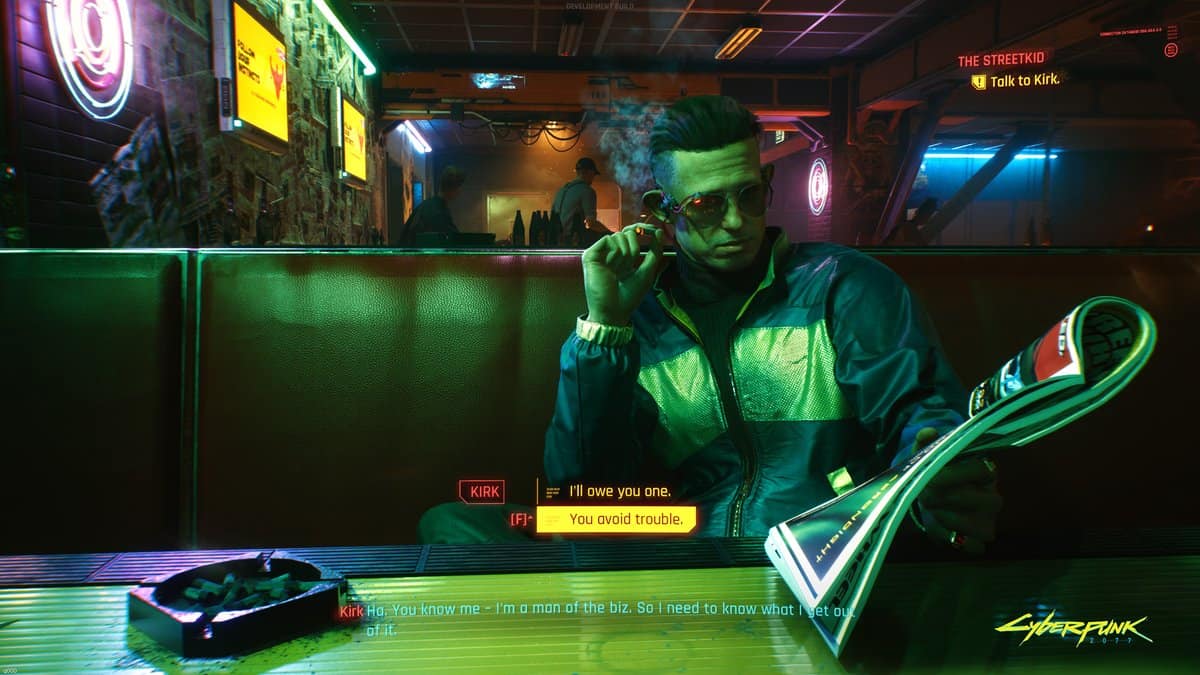 Cyberpunk 2077 Will Have Adjustable Subtitles

After a recent screenshot drew criticism for its subtitles, CDPR has announced that Cyberpunk 2077 will let you adjust them.

The Cyberpunk 2077 Twitter account recently showed off a new screenshot of the player character talking to Kirk, one of the game’s NPCs. The screenshot has drawn criticism from some since it was released, though, because it revealed a potential issue with the game’s subtitles–not only are they quite small, but the colors can clash with the backgrounds, making them very hard to real.

Poor subtitle visibility is a common issue in modern games, especially for console versions where players are often quite far back from the screen. Players have been concerned that they won’t be able to read them–but developer CD Projekt Red has promised that the subtitles can be adjusted.

When asked by a player whether the game would address the readability issue, pointing out that these subtitles are “next to impossible” to read for many players, the Cyberpunk 2077 Twitter responded by promising that the size and color of the game’s subtitles will be adjustable.

It’s common for this to be introduced as a feature post-launch, but it sounds like Cyberpunk 2077 might allow you to make adjustments from day one.

CD Projekt Red has previously talked about the importance of diversity and inclusion within their games, and this extends to accessibility options like subtitles.

Cyberpunk 2077 will launch first on PC, PS4, and Xbox One on November 19. PS5 and Xbox Series X versions will come eventually, and you’ll be able to get a free upgrade if you already own the game on previous systems.