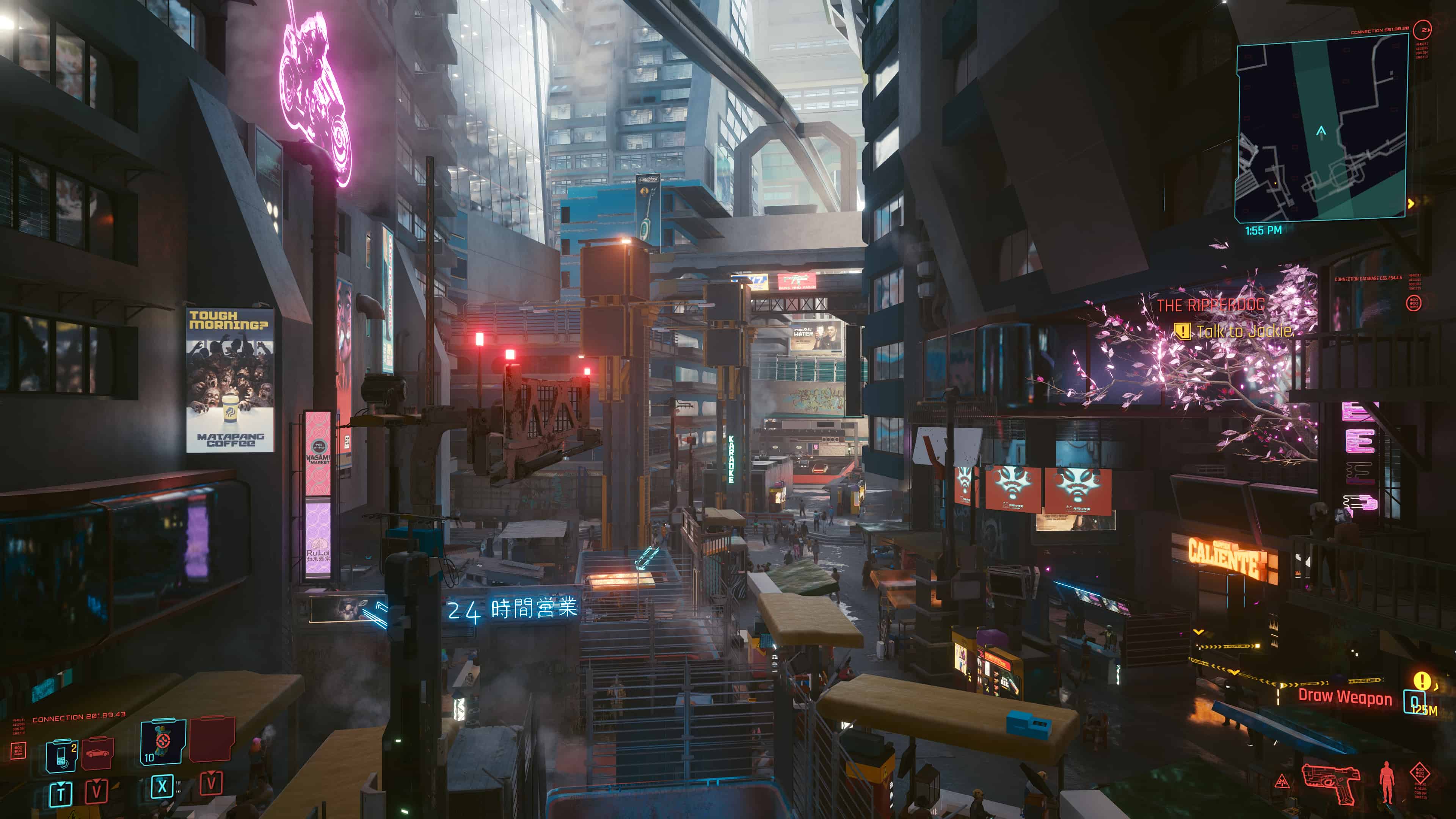 Important:
Save corruption has been reported by users, so backing up your saves before trying the mod is recommended.

According to user feedback, it would seem that the tweak is dynamic and results may vary based on computer specs and game settings.
Adjustments may be needed, or avoiding the mod entirely.
Performance impact also varies, but on a high end PC it should be minimal. 2-3fps with max settings + RTX.

Install:
Unpack the zip file to your Cyberpunk 2077 directory

Create a text file called DrawDistanceBoost.ini (any name works) under “Cyberpunk 2077\engine\config\platform\pc”
Then add the following:

The default value for the vanilla game is 0
Can be decreased or increased as desired, high values such as 50~ and above start to create flickering (this may be fixable if other settings get tweaked)

OR (if you experience the mod persisting in your saves)

Known issues:
If you experience any flickering or other oddities (invisible doors), try lowering the boost value.
Performance is YMMV – may be next to none or a heavy hit
Theres a small amount of known objects (overpass/railways) that may disappear at very specific distances for a brief distance

Looking for opportunities to update the Cyberpunk 2077? Then you are on the right place! We offer a wide range of various mods for even very specific requirements. Cyberpunk 2077 Draw Distance Boost Mod help to improve a game and make it more interesting. Why not to take an offer, especially when it’s free of charge. Take a look at the descriptions and think of the ways the Draw Distance Boost mod can help you solving the issue or becoming more efficient. Then simply click on Cyberpunk 2077 Draw Distance Boost Mod download and follow the installation steps. If you change your mind and mods don’t appear to be as useful as expected, feel free to try other ones because there are no download limits. This few simple steps will lift your game to the upper level – what can be better that upgrading your game personally? Break all boundaries and develop your game easily. Take the best that you can and don’t look back – you must be orientated to the future and new experiences. That’s the only way to stay ahead of everything. If you see it as your goals, it’s definitely now or never!