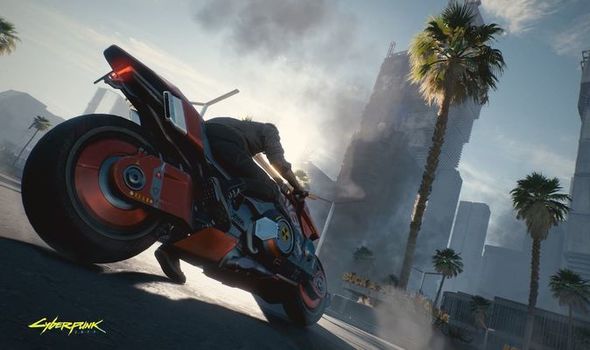 Dare we say that Cyberpunk 2077 is a first-person shooter RPG? We dare. Though cutscenes and driving sometimes switch to third-person, Cyberpunk 2077 involves a lot of first-person shooting. With guns. Lots of guns. It’s chaotic and fast-paced, but was less aggressive than, say, Doom. During a firefight in the opening moments of the demo, V, the main character, ducked and peeked around cover to spray a gang of organ scavengers with bullets from her automatic pistol. Like Destiny 2, numbers indicating damage dealt exploded with each landed shot—but enemies didn’t feel like bullet sponges. We also love how agile V can be.

Though there’s quite a bit of variety in what abilities V has, in the 2018 demo she was an agile cyberninja. She could run and slide to cover and also trigger a slow motion bullet-time mode. She also had a quick dash that let her burst in a specific direction. When bullet-time and this dash were combined, she could quickly flank enemies and deliver fatal killshots.

We also saw a ton of cool weapons, and yes, there are weapons other than guns, though again, there are a lot of guns. A street-modified Tech Shotgun could penetrate cover and enemies, which was a deadly combo when paired with V’s upgraded optic implant that could show her enemies through objects. A Smart Rifle takes all the skill out of shooting by firing bullets that track enemies. You merely aim in their general direction and it’ll lock onto multiple targets and fire bullets that automatically track their intended targets.

So while of course this is still a CD Projekt open-world RPG, with all the expected trappings like exploration, dialogue, skills, and so on, it’s also a shooter, in first person.