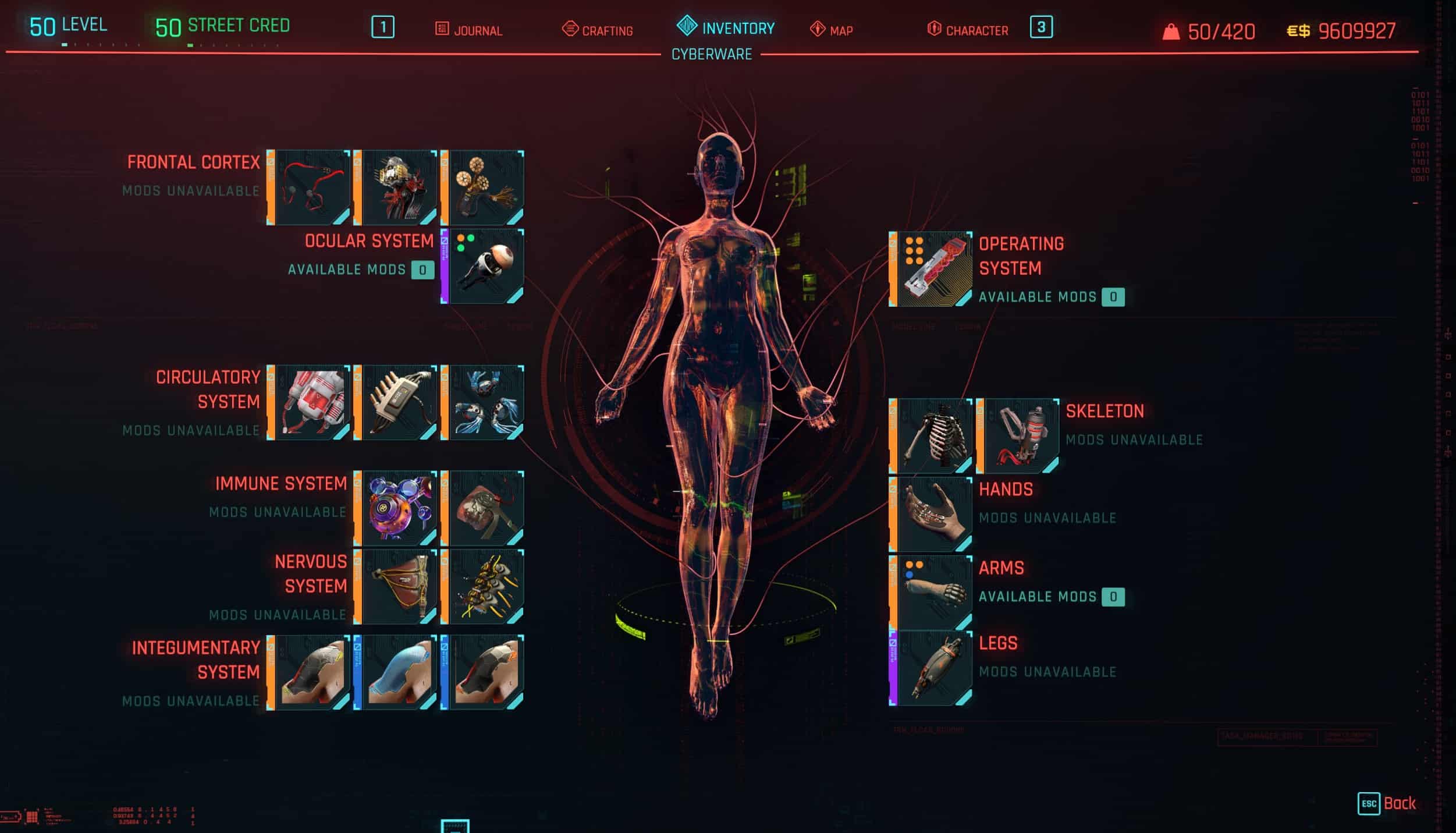 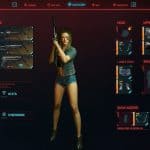 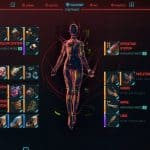 At first I wanted to make this a more basic save game with just these romance options, but due to some oversight on my part and other issues I had to start with a new save, an did quite a few things differently knowing the alternative dialog routes..
Making this save somewhat of a unique one with the goal of future DLC’s in mind … there could be more out there like this … but wouldn’t know as a lot of details aren’t mentioned in them.

Female V
Streetkid
Level 50 Level 20 all categories, +25 in each of them

op55n1 – Ready to go, this save has never done any ending yet.

All missions done.
All gigs done. (ignore the journal glitched one … its done, just wont disappear)
Plenty of materials to craft with.
All weapon recipes (AFAIK).
Allround legendary build.

Cars
Got all cars that you can normally buy / receive.
+
◌ Beast.
◌ Cthulu. (Sampson got shot regardless of telling claire to spare him, got a text from Regina to buy it for 76k)
◌ Johnny’s car. (Grayson, alive after giving keys to car.)
◌ Mitch’s car. (Send off Scorpion with a bang.)
◌ Delamain Junior. (Merged AI’s at the core.)

◌ Panam and Kerry. Both at highest level of friendship possible, quest lines completed.
I know it is possible to romance these regardless of your gender with further save game edits, but I chose not to do this for the sake of future DLC compatibility.

Gear
◌ Just some basic turned legendary clothes. (just the normal amount of mod slots, no extra, I found no need for it since stacking is broken as hell anyways)
All have 1x Bully and 1x Fortune
◌ FULL Wall stash – Including Skippy which I also turned in to Regina.
I found what looks like 2 different Skippy weapons and added them by console .. I don’t know if they are actually fully functional or not. I just wanted a full wall.

◌ Placed Johnny’s wardrobe in stash which normally you cant. (save edit, removed quest flags)
◌ Won shooting competition at shop, unique skinned Lexington reward is in stash ..why not?

◌ Most epic and legendary not looted … you can still find them were they are supposed to be for the most part, except those on enemies ..their loot might have despawned after their death by now ..dont know ..you can always add them by console anyways ..seeing as you use save games already its a small step xD

Looking for opportunities to update the Cyberpunk 2077? Then you are on the right place! We offer a wide range of various mods for even very specific requirements. Cyberpunk 2077 V – The Heartbreaker Mod help to improve a game and make it more interesting. Why not to take an offer, especially when it’s free of charge. Take a look at the descriptions and think of the ways the V – The Heartbreaker mod can help you solving the issue or becoming more efficient. Then simply click on Cyberpunk 2077 V – The Heartbreaker Mod download and follow the installation steps. If you change your mind and mods don’t appear to be as useful as expected, feel free to try other ones because there are no download limits. This few simple steps will lift your game to the upper level – what can be better that upgrading your game personally? Break all boundaries and develop your game easily. Take the best that you can and don’t look back – you must be orientated to the future and new experiences. That’s the only way to stay ahead of everything. If you see it as your goals, it’s definitely now or never!