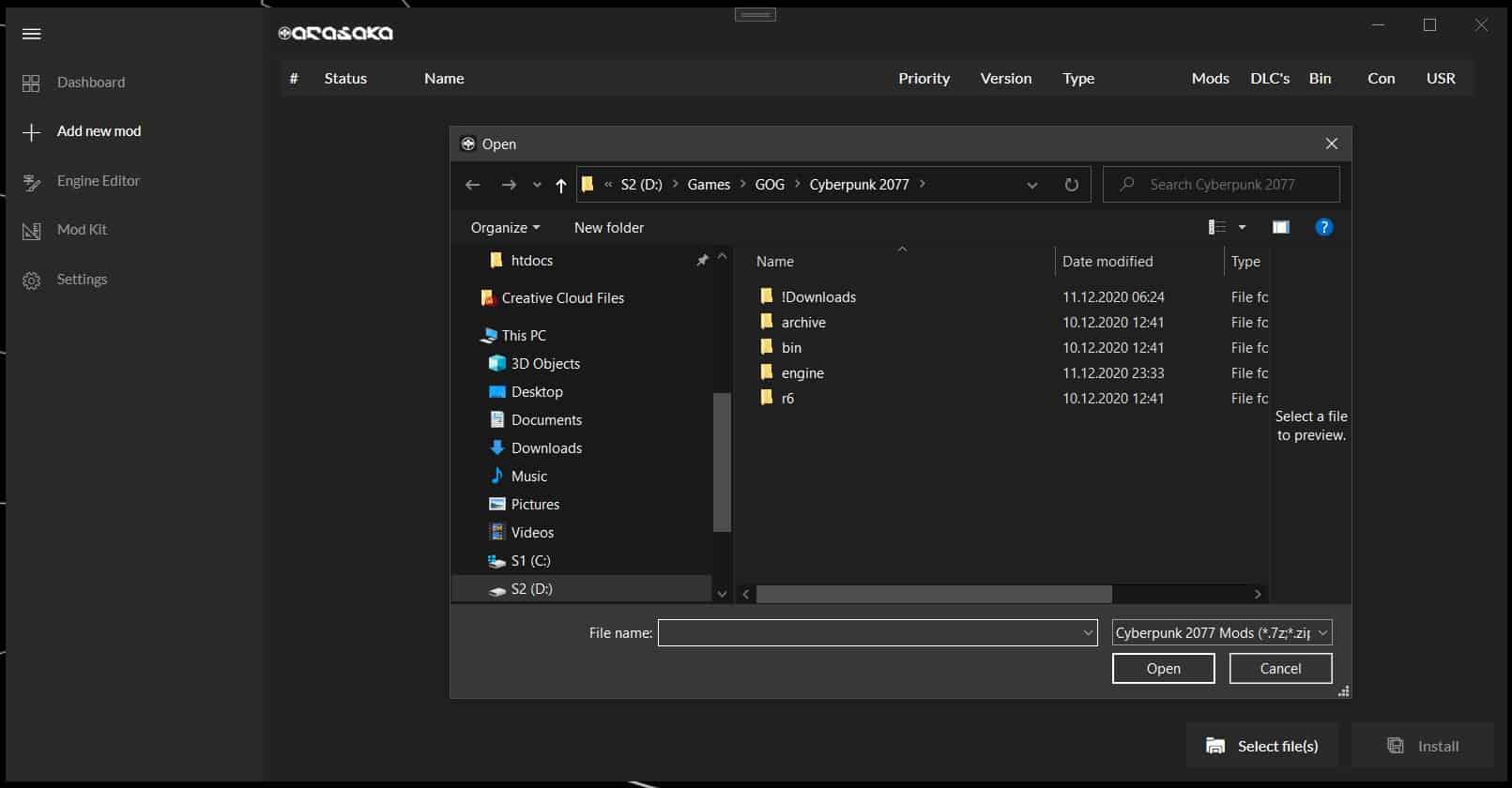 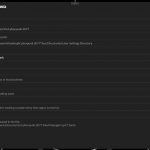 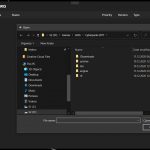 Manage mods for your game or edit its core settings. Manager in beta.

About:
This is the first and very early version based on RED Engine 3. Most things just won’t work. Please let me know about any suggestions and needed features.

My first attempt to modding (in a very basic approach). The premiere of Cyberpunk 2077 is an opportunity for me to learn something new and I decided to start with a manager. This application was written in C♯. It only uses the core libraries from Microsoft (plus LZMA, 7-ZIP and SevenZipSharp for unpacking).

Often times, good tools written by good programmers aren’t pretty. That’s why I, as a bad programmer, chose one of the main goals to make the manager looks nice and only later functional. Therefore, you may encounter a lot of bugs.
The application was written in .NET 5 WPF C♯ technology. It is distributed as self-contained or framework-depend. Therefore, you will find two identical files, one approximately 20MB in weight and one 100MB. Second one has all the libraries inside, thus you don’t need to install anything extra.

A little extra from me, if you want to send additional information to the manager and import all data immediately – add to the root of the archive folder file: modmanager.json
With content as below:

Collab
Your help and opinion is invaluable. I am happy to hear all proposed changes and corrections.

License:
This program was developed and written by the Polish company RapidDev (basically, that’s me). Other works based on GPL, LGPL, MIT, OpenFont licenses were used to create this software. CD Projekt, Cyberpunk 2077, Arasaka, Militech logos were downloaded from the public resources of CD Projekt S.A. and are owned by this company. Cyberpunk 2077 is a registered trademark of CD Projekt S.A. All logos and names are the property of their rightful authors and are used here only for visualization purposes and to facilitate understanding of the information presented.

Looking for opportunities to update the Cyberpunk 2077? Then you are on the right place! We offer a wide range of various mods for even very specific requirements. Cyberpunk 2077 Cyberpunk 2077 Mod Manager Mod help to improve a game and make it more interesting. Why not to take an offer, especially when it’s free of charge. Take a look at the descriptions and think of the ways the Cyberpunk 2077 Mod Manager mod can help you solving the issue or becoming more efficient. Then simply click on Cyberpunk 2077 Cyberpunk 2077 Mod Manager Mod download and follow the installation steps. If you change your mind and mods don’t appear to be as useful as expected, feel free to try other ones because there are no download limits. This few simple steps will lift your game to the upper level – what can be better that upgrading your game personally? Break all boundaries and develop your game easily. Take the best that you can and don’t look back – you must be orientated to the future and new experiences. That’s the only way to stay ahead of everything. If you see it as your goals, it’s definitely now or never!